It's been a rainy week, and we thought we might have to postpone this activity, but since the weather report looked kind of promising early in the day, off we went. We played our normal match of three sets, and I actually won a single game. Maybe someday I'll improve and actually win more than one! 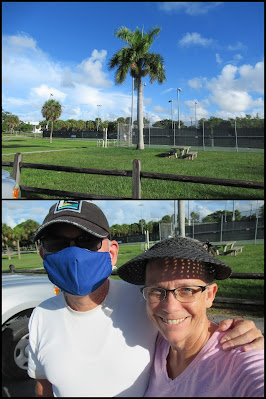 Originally we were going to stay after playing tennis and have a barbecue, but it's good we decided against that. The rain arrived shortly after we returned home. It was nice to be inside, enjoying some delicious papaya smoothies, instead of being out in the open during the storm. 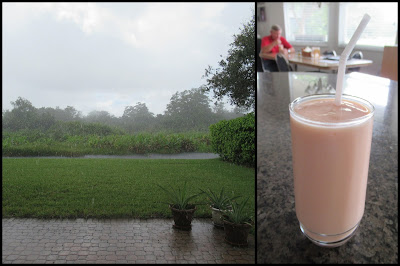